Good evening and welcome to you all and thank you for coming. This will be a longer report than last year because so much has happened.  Frankly we would not have had half the battles this year over development plans, saving our Green Belt and against the draft Local Plan had Guildford Borough Council, (GBC) taken the position now being put out by all major Political Parties as though they had always been our supporters.

So what happened over the last year:

–                   We launched our own website where we posted over 500 articles of local and wider interest and gained a readership over 1000 readers per month.  Many thanks to our Surrey County Councillor, (SCC) Bill Baker who sponsored a well-timed grant to help build the site.

–                   We along with other village groups joined a new protest group called the Guildford Greenbelt Group (GGG) in its campaign to protect our Green Belt. GGG has now become a political party which is something we cannot join as EFFRA is non political. We attended their earlier campaign meetings but not their political ones.

–                   Then at GBC the Head of Planning resigned.  Then the Councillor in charge of the draft Local Plan was arrested and charged with seven serious fraud related criminal offences – she is not standing for reelection.  Further allegations over expenses were made against another senior GBC Councillor, which are ongoing.

–                   The leader of GBC executive council accused us all of plotting against the first Councillor.  We issued a Press Release demanding that he should resign. We wrote several times to him, our MP and to GBC. We even appeared in print in the local Press on a few occasions.

–                   We circulated a village wide questionnaire about the GBC draft Local Plan and the Berkeley Hones plans to rebuild the Howard school funded by 295 new homes on our Green Belt. We received 350 responses the overwhelming majority of which were against both plans. This gave us a mandate to fight these issues including a road-side poster campaign.  The GBC draft Local Plan stalled as a result of over 20,000 objections.

–                   We joined Effingham Parish Council’s two working groups. One group looked at the issues surrounding the Berkeley’s school development and the other without prejudice looked at what the village might want as compensation if the development went ahead.

–                   We objected to Wisley airfield development plans for 2100 new homes. We objected to development plans on the Green Belt at Send village on the Wey Navigation. In turn residents in those areas objected to the Berkeley Homes development here.  Our protest group photograph featured in the Surrey Advertiser and in a local Political leaflet you may have seen. We virtually ignored domestic planning applications but raised matters of pollution and misuse of agricultural land with EPC, GBC and SCC Enforcement Officers and key councillors. 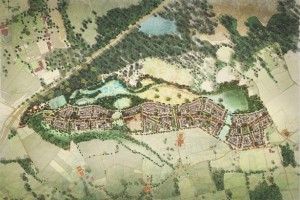 –                   We spoke up at our Parish Council meetings, GGG meetings, East Horsley Planning Meetings, Cobham Conservation & Heritage Trust AGM and at countless Working Groups and informal meetings, hopefully to good effect and always in the interests of the overwhelming majority of residents who responded to our questionnaire.

What will this year have in store for us?

–                   The Berkeley Homes Howard application decision was put back to September ’15. And the GBC draft Local Plan will be resurrected and no doubt the cause of further concern.

–                   We would like to become better known within the village and easier to contact. Subject to the views of our new committee we will aim to improve our current means of communicating at village events, the Internet and Newsletters. Frankly 2014 had us acting more like an Action Group than a Residents Association. Hopefully we will have the time to draw breath and take stock. This report is actually the first time in the past year I’ve stopped to consider what we have achieved together.

A special note of thanks must go to Effingham Parish Council who over this past year pulled out all the stops firstly over the 72 bed Care Home, then the appalling draft Local Plan and then over the Berkeley Homes Howard development plans. Anyone who attended our joint Public Meeting with the Parish Council and witnessed their hour-long riveting presentation from Cllr Paula Moss would appreciate the huge amount of time and effort by many talented people too many to mention by name. If this Berkeley Homes planning application is turned down it must in large part be due to the unpaid brilliant volunteers who really pulled together to gather all the facts. Many of these facts were forced out of places like Surrey County Council by Freedom of Information Act questions from ‘Hands-off-The-Green-Belt’. Other information of the highest quality came from school building professionals who have had long associations with schools and their development.

It is rare for any non-political body to praise their Borough Councillor however Cllr Liz Hogger who is a prominent member of our association has consistently spoken up for our village often against the leaders at GBC. She fought the draft Local Plan but must remain silent on current applications because she sits on the GBC Planning Committee. She has my personal thanks, which may come as a surprise to her as I am not a natural supporter of her Party. We now just need to get her to call us ‘EFFRA’ and not Error’!!! 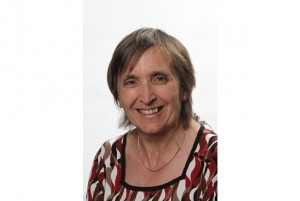 We say goodbye with regret to Pat Bleasby, Julie Isles, and Peter Mott. Pat has served many years on our committee dealing with promoting and advertising, Julie has also served many years and ably looked after our team of invaluable Road Wardens and more recently Peter provided legal advice in the fewest words known to man. All of them will be missed and have our thanks for their contribution.  Peter has kindly agreed to continue to act as a consultant to our Committee.

My thanks to our amazing team of Road Wardens, who kindly deliver our circulars to your homes. It was great to meet many of you for an informal drinks party last winter at Effingham Place. Our generous hosts James and Heather Brennan could not have made us more welcome and once again they have my thanks.

My final thanks goes to all members of the committee for an amazing year and a few excellent evenings in the local pubs after our meetings. In particular my thanks go to Hon Secretary David King and Press Officer Vivien White for really giving all their time, expertise and enthusiasm so willingly to fight our campaigns. It was noted that as the year went on the meetings got shorter, the pub time got longer and the whole business went better.

Much to the relief of all I now stand down as chairman as that post is elected by committee at the first meeting of the new committee.

For convenience and questions I’ll chair this meeting by prior agreement.

It’s been a privilege and an enormous pleasure – thank you