Last night at Send Social Club saw the launch of the Guildford Greenbelt Group (GGG) as a Political Party at its first public meeting since they had political party status. 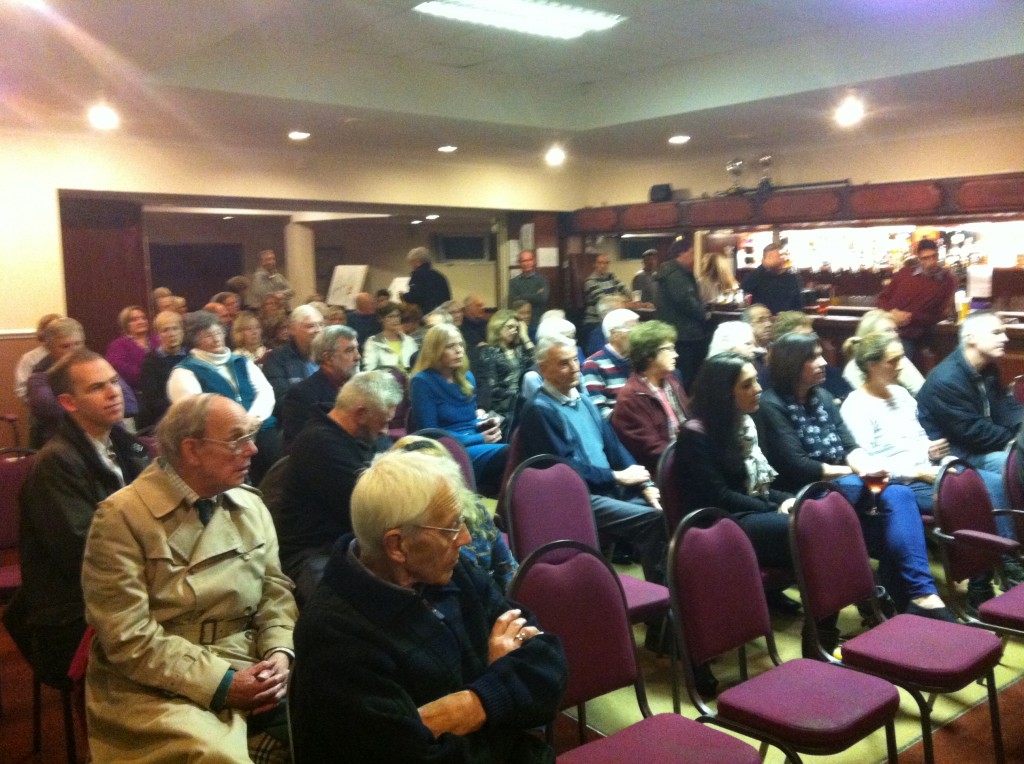 There were four insightful presentations covering the plight of Send versus the Borough Council and the developers ambitions.  Then one about the complicated process of forming a Local Plan followed by Mike Bruton of GGG who spoke about the need for thousands of signatures to force a referendum to change the way GBC is run by an Executive Committee.  And finally Susan Parker gave her speech which was well received with plenty of applause and questions. 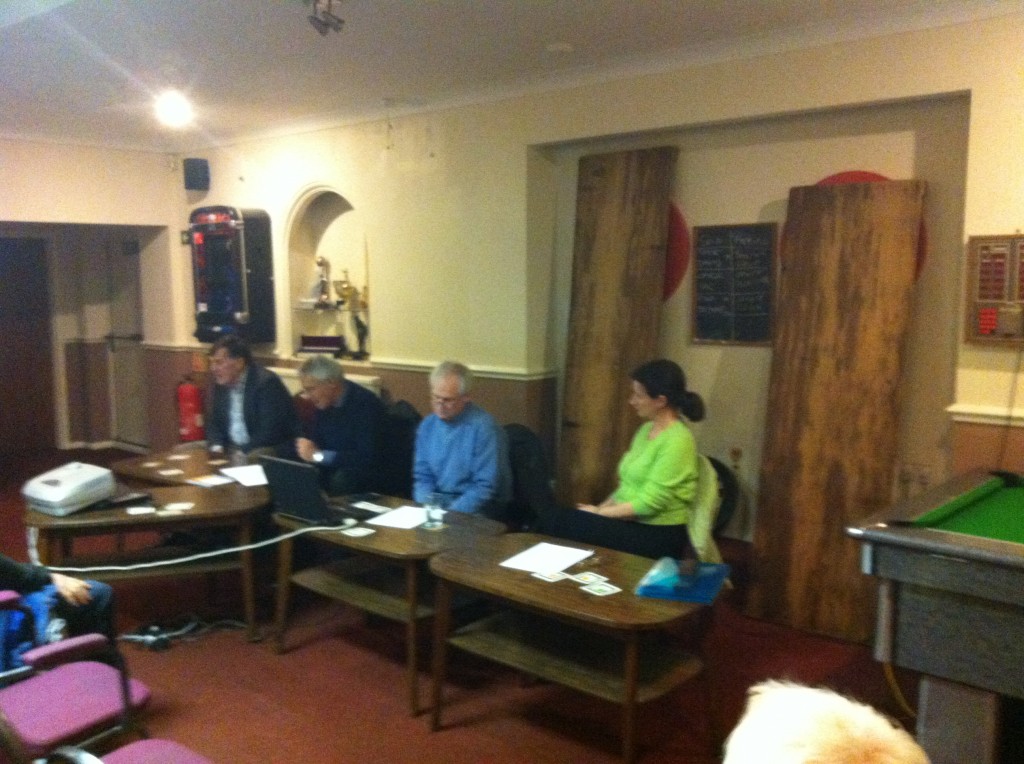 “….GGG have done a magnificent job to help us all raise flaws in, and respond to the Guildford Borough Councils pro builder Local Plan. I have been involved with this organisation on a personal level and listening for Wood Street from the early part of this year, and really wish to appreciate the great knowledge and expertise in the local plan process, and the help given to Wood Street.”

“…GGG intend to keep working to get a better Guildford, and not is one that is determined solely by the developers and the University.”

“Having observed Guildford Borough Council in action I am disappointed by what I have seen.

“Councils can operate via a committee system where all councillors are involved in decision making and many councils operate in that manner. The last Government changed the law to introduce an optional executive system and that is the system within Guildford.

“In an executive system the elected leader picks a cabinet of around nine people . His/her choice. Those nine people make most of the decisions. In fact GBC needs only a quorum of three cabinet members to make decisions. So power is fairly narrowly controlled in such councils.

“The Executive can ignore what other councillors say and in fact have done so. Guildford Council has for example a scrutiny committee which naturally scrutinises. That committee can have its views totally ignored by the Executive.

“This is what GGG’s petition is all about. We are calling for a referendum of all GBC electors. If a majority who vote do so in favour of our petition then GBC will revert to a committee system. We need 5% of GBC’s registered electors to sign the petition and the council will be compelled by law to hold a referendum.”