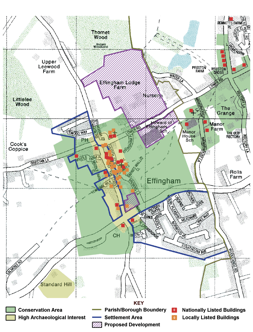 Adrian a day ago

It is the former which the quasi-judicial body, which is the GBC planning committee, MUST base their decision on. The latter strategy MUST be ignored. Like it or not, that is the basis upon which the decision needs and must be made – however, my gut feel is that GBC won’t.

IF the HoE/BH can’t make that factual, logical, reasoned case based upon laws, policies and evidence then it shines a very poor light on the HoE as school which prides itself on having a strong science focus and heritage.

In my opinion, the case is not there to be suitable for “peer review” or publication in an academic publication if one follows the analogy. That is not to say the theoretical thesis is wrong, just not supported and certainly another impartial body would not come to the same conclusion based upon the rules, the law and the facts.

There the intake of children is declining in comparison to the birth rate as kids are going to the Howard and not their own local Schools – their capacity is in Excess of demand.   just because the planning application is being heard by GBC, I don’t see why it is GBC “problem” needs to be solved by HoE when its reach is much greater.

The demand for school places is nearer Guildford and not in this unsustainable area.

Re the HoE being the biggest school debate, I think one should look at the proposal as a development not as a school which is what the application is about. There is a proposal for an autistic centre – does GA have this? St Lawrence will be moving onto the same site AND that school WILL DOUBLE IN SIZE (plus more houses on the existing St Lawrence site – therefore, as an educational site, this will be the biggest in Surrey. This is a small rural community – not capable reasonably accommodating such a development when one balances the harm and impact to the area as a whole.

With Schools being planned in Woking, expansion in Cobham, XS capacity in the immediate mole valley area, a proposed secondary school at Wisley and a new school proposed on the mixed use development proposed near/on the park and ride golf course at Merrow it seems to me that this area of surrey is going to be in XS in terms of supply. That is unless the council intends to go ahead with c10,000 houses on the Green belt.

Is there a reason why there is a sudden rush to have this application heard? Is it because the HoE won’t be included as school location in the next draft local plan? I understand there are going to be two schools proposed “not necessarily the two (Howard and Clandon) included in the last iteration of the Guildford draft local plan.