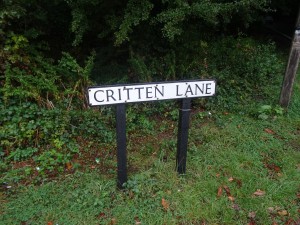 A MAJOR roadwork programme to resurface and repair some of Surrey’s most damaged routes is ahead of schedule, according to the county council.

Project Horizon was launched by Surrey Highways in April last year with the aim of resurfacing 300 miles – about 10 per cent – of the county’s road network, during a five-year maintenance programme.

The ambitious improvement scheme, which aims to target the worst roads and save millions of pounds for the taxpayer, includes a ten-year warranty on each newly laid surface and it is believed up to £15 million could be saved during the life of the project.

A review presented to the council’s Environment and Transport Select Committee has praised progress during the project’s first year, which has cost £31.7 million so far, after finding it has met or exceeded all initial targets and, so far, has saved £4.4 million while resurfacing 80 miles of road.

Many of the savings have come from recycling hazardous materials, reducing contract rates and a reduction in traffic management costs caused by poor road conditions.

The report says 90 per cent of year one schemes sent to local committees have already been delivered, while problems with utility companies or developers have meant some have had to be put back to year two.

In Mole Valley, 14 miles of badly damaged road has been resurfaced, with another 10 miles to be improved in the next year and a further 15 miles scheduled for years three to five.