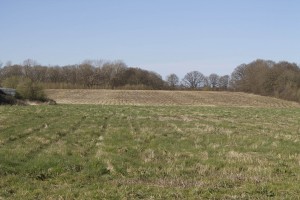 AND EFFRA ASKS COUNCILLOR MANSBRIDGE TO STEP DOWN

The results of the 350 returns we had from our questionnaire reveal that Effingham residents hold very strong views on these issues:

We will be writing to Guildford Borough Council to object to the draft Local Plan based on these findings and we are expecting many Effingham Residents to do the same before the 22nd September deadline.  There will be a Public Meeting about this on Saturday 13th September at the KGV Hall in Effingham.

On 27th August we wrote to Cllr Mansbridge about the events unfolding in the Planning Department at GBC and our concern at the tone and content of his statement (see below) following his request to Cllr Junega to step down.  Our letter raised concerns about the wording of his statement and his claim that: “The police investigation into Cllr Juneja’s professional life beyond Guildford Borough Council, and the subsequent charges, are the result of a clear political campaign by a number of residents from the East of the borough who seek to discredit the council’s Draft Local Plan.”  We are a non-political organisation and consider that, as Cllr Junega was facing serious criminal charges, she should have stepped down much earlier.  She did not do so.  Cllr Mansbridge remained silent for months until Cllr Juneja had been charged with seven criminal offences. He should have taken action much earlier and not waited until he was forced to do so.  We were particularly concerned about his ethical position regarding his comment regarding: “why complain if you are not a victim?”  And his comment that: “The complainants hide behind a charge for better public probity; whilst they mask behind computers with insults, rhetoric, disdain and disorder.  They have spent a year hounding this councillor.”  These are insulting comments and denigrate the efforts of residents who are concerned about the future of the Borough.

The Planning Department has now lost Carol Humphrey Head of Planning Services, Cllr Juneja Lead Councillor for Planning and its Deputy Leader James Palmer.  Cllr Mansbridge must take responsibility for this and his inappropriate Press Release.

We consider that Cllr Mansbridge is the wrong person to be leading the Council and should now resign for the sake of the whole Borough.

“The police investigation into Cllr Juneja’s professional life beyond Guildford Borough Council, and the subsequent charges, are the result of a clear political campaign by a number of residents from the East of the borough who seek to discredit the council’s Draft Local Plan.

The complainants hide behind a charge for better public probity; whilst they mask behind computers with insults, rhetoric, disdain and disorder.  They have spent a year hounding this councillor.

It is worth reminding ourselves of the e-mail sent by Mr Julian Cranwell on 15 December 2013, which stated ‘…I do want her off the job of planning, given her history of pro-development.  I accept that GGBG [believed to stand for the Guildford Green Belt Group] should keep away from this, it just needs a few good folks to make individual complaints, and we should get her out of the role.

Having returned from holiday, I have taken soundings amongst my political group, and I am clear on four points:

We have a difficult task to accomplish, which is to steer a Local Plan through to successful adoption in order to secure the future of the borough of Guildford.  If we want Guildford to remain as lively and good as it is today, then we need to embrace this opportunity rather than reject it.  We need to remember that continuity is protected by change and not destroyed by it.

Having said all this, most reluctantly I have asked Cllr Juneja to step down from her Executive position.  Whilst, I have had many messages from organisations, pressure groups and individuals from around the borough imploring me to keep her on, as I have had from my own councillors, I make this decision with the best interests of Cllr Juneja, my Conservative Group and the council as a whole at heart.

Cllr Juneja will not be suspended by the Conservative Group from her role as a councillor, as a clear majority have voiced their opinion that this is an unnecessary act, particularly bearing in mind her diligence, commitment and heavy workload during her time as a lead member.

I shall take charge of the Local Plan process and planning, supported by my Executive.

At this point, on behalf of the Executive, Conservative Group and the Council, I wish to thank Cllr Juneja for the exceptional service that she has given as a Lead Member for both Planning and Governance.  Her departure is a loss for herself and the Executive, a loss for local politics at large and a loss for the borough as a whole.  She takes with her a vast body of knowledge which cannot easily be replaced.”