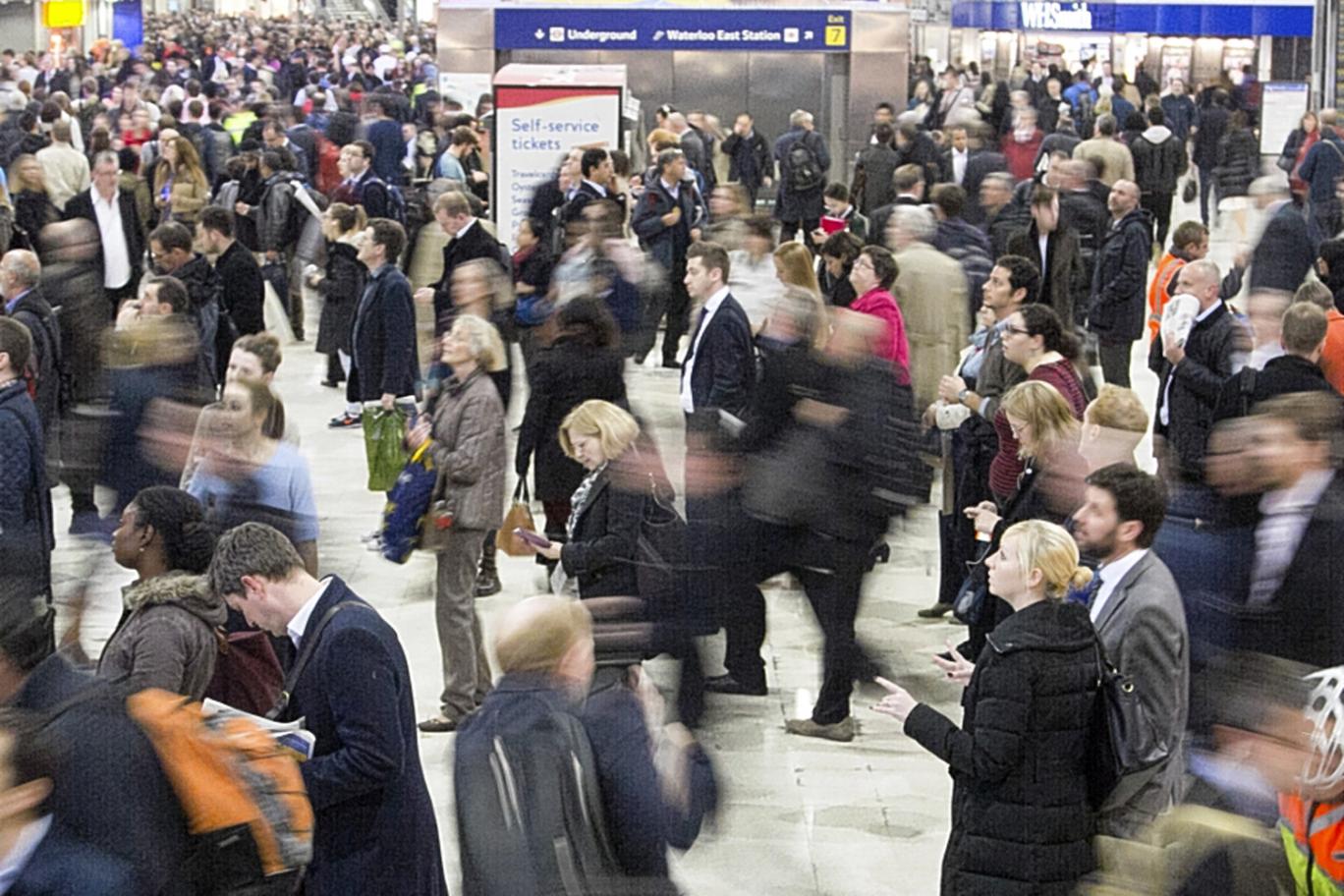 Train strain: but a rethink on building policy could relieve pressure on London’s army of Reggie Perrins Amer Ghazzal / Demotix

If you’re reading this on the train, rolling out of the capital on the way back to Kent or Essex after another hard day at the coalface, give yourself a pat on the back.

Commuters have been subjected to relentless parody over the years: just think of Reginald Perrin trundling into his mindless sales job at Sunshine Desserts in the 1970s sitcom. But as a commuter, you’re one of London’s near-million strong army which contributed about £59 billion to the capital’s economy in 2012, according to a Greater London Authority study of commuting and migration published last year.

You make up a fifth of the capital’s workforce and, compared to the average London worker, you’re more likely to work in professional and managerial roles and well-paid sectors such as financial services, where — for all the stick that the bankers get — we’re a world leader.

The ranks of the straphangers have swelled dramatically in recent years with 872,000 people coming into London for work in 2013, up 24% or 166,000 on 2001. The South-East and East accounted for more than 91% of them while the number of “net commuters” — those travelling in minus those journeying out to work — has jumped nearly 30% since 2011.

Across the country, however, journeys are getting longer. According to the TUC, the number travelling more than two hours per day has jumped 72% from 1.7 million in 2004 to three million last year. Since the financial crisis, people have been prepared to travel longer for work and — in the case of London in particular — a runaway property market has forced its army of travellers to come in from much further afield.

The figures are stark: the Office for National Statistics says the average home in London cost £495,000 in the second quarter of the year, 83% higher than a decade earlier.

But now the price pain is spreading outside the capital into commuter-belt territory. For example, Nationwide’s regional data on affordability in the South-East, outer metropolitan areas and East Anglia — broadly corresponding to the ONS’s South-East and East regions — show the squeeze tightening. In the South-East, the affordability issue is the most acute as the average cost of a home has rise from 5.3 times average earnings to 6.6 over the past decade. Rightmove and Oxford Economics, meanwhile, forecast that the South-East will see house prices jump 37% over the next five years, a rate of growth even outstripping the capital.

So it’s unsurprising that the CBI recently flagged up a lack of affordable housing as the biggest issue for businesses, with 63% putting it at the top of their list of concerns. There’s deep scepticism about Mayor Boris Johnson’s 42,000 homes-a-year target for the capital — three quarters say no chance — while, as we’ve seen, affordability is declining outside London. Travellers are willing to put up with a lot — rising fares, crowded trains and all the rest of it — but how long will it be before the housing squeeze starts forcing businesses away from the capital altogether when workers can’t even afford a berth in commuter-land? And, as the TUC points out, commuters tend to be better-paid, but it isn’t just the well-off suffering: lower-paid services workers are also travelling longer.

Real house prices — but not real incomes — have grown faster in the UK over the last 40 years than in any other developed country, according to the London School of Economics. That’s down to an inflexible planning system which makes the industry far less able to respond to demand, while a lack of building capacity since the crisis hasn’t helped matters. Within London, a new Land Commission is compiling a list of brownfield sites to build on by the end of the year but we need to think more radically. In the capital, we need to build up in the parts of London that are underdeveloped — the north-east for example — and then we have to go further out.

At 2000 square miles, London’s green belt is three times the size of the city. With the capital’s population bigger than it’s ever been, we don’t need it all. Then we might shorten the journey of that army of Reggie Perrins London relies on.