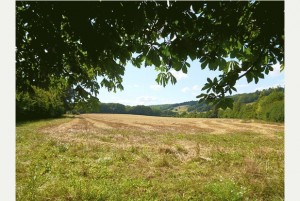 A PLAN which will decide Effingham’s future within the green belt has been delayed after thousands of people responded to a public consultation before it closed on Friday.

Guildford Borough Council has set back the process for the adoption of its Local Plan as it needed “more time to take full and proper account of the 6,006 responses it received.

Council leader Stephen Mansbridge admitted the delay could add as much as £500,000 to the £1.5 million already spent but could not clarify the length of the deferral, only that it would be until after elections held in May.

The controversial document has proved unpopular in Effingham, where a first draft proposed the removal of the village from the green belt while almost doubling the settlement area.

Arnold Pindar, chairman of Effingham Parish Council, welcomed the decision to delay the process, saying the first draft was “unfinished” and “had a long way to go”.

“As far as we are concerned a second consultation is going to be needed,” he said. “There is too much that has not been addressed in the first draft so there is a lot of work still to be done.

“While you never want to delay these things I feel it’s absolutely necessary in order for the council to take full account of the comments that have been made by concerned residents.

“The current draft of the plan is incomplete and presents problems without solutions. It is vital that they take full stock of what has been made clear to them and come back to us.”

Former parish councillor James Nicholls added: “I think the green-belt policy is an absolute disaster and I have got some major concerns about what is proposed for Effingham.

As it stands, Shere, East Horsley and West Horsley could all join Effingham in losing their green-belt protection under Guildford’s first draft of its Local Plan.

The policy will set out how the borough should be shaped for the next 20 years, covering issues such as jobs, affordable housing, infrastructure and the green belt.

Mr Mansbridge said: “We have decided that we will need more time to take full and proper account of all these views which will demand response, and of the constraints that are emerging from the process of bringing together all the various elements of the plan.”