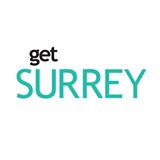 A developer has denied misleading the public about the former Wisley Airfield’s green belt status.

Plans have been submitted by Wisley Property Investments to build 2,100 homes, a school, care home and shops on the site.

The planning documents state: “The Wisley site has been identified as a new settlement and hence removed from the green belt within the emerging Guildford Borough Local Plan, as justified by the borough council’s evidence base.”

The site was proposed for removal from the green belt in the council’s draft local plan but the plan has not been adopted.

The draft plan faced vocal opposition from residents and adoption has been postponed so another consultation can be carried out following the election in May.

“To quote a draft local plan, which is in the process of reassessment by the council, following massive opposition from residents, is both irrational and misleading,” said Malcolm Aish of the Wisley Action Group.

“There is no ‘emerging’ local plan at the current time so it cannot be quoted as a planning reason for parachuting a ‘new town’ into the green belt. The submission clearly preempts the content of a local plan.

“Incorrectly stating that the land has been removed from the green belt would undoubtedly lead people to the conclusion that this is a done deal.

“In reality, there is absolutely no certainty whatsoever that any such removal of green belt status will ever take place.

“The Wisley site has never been taken out of the green belt and we’ve yet to see the ‘emerging’ local plan.

“So unless Wisley Property Investments and its consultants are privy to planning decisions that are unavailable to the rest of us, the statement is not only grossly inaccurate but fundamentally misleading.”

Mike Murray, project manager for the Wisley development, said: “Our proposals for a sustainable new community at Wisley Airfield make the best possible use of the site, which includes 70 acres of runways and hardstanding – about the same size as 70 football pitches.

“The Guildford Borough Council green belt review reports that Wisley Airfield is an appropriate site for development. The site was subsequently included in the draft Guildford local plan as a potential major development area. We support this allocation.

“However, the local plan has not yet been adopted by the council, which is why we have identified it as ‘emerging’ in our planning statement.”

The planning documents also state about the Wisley former airfield site: “Out of all the strategic sites allocated within the draft local plan, in its entirety, it contributes the least to the four purposes of the green belt, is outside the Area of Outstanding Natural Beauty and is least constrained by highways.”

The applicant states that the project will provide 7,000 square metres of employment and shopping space, with the creation of up to 350 full-time jobs.

The Wisley Action Group has previously criticised the proposal, saying it is illogical, ill-conceived and a massive assault on Guildford’s green belt.

Full story with accompanying pictures can be read here