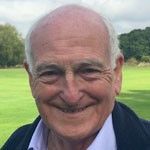 Ray Pritchard, president of Effingham Cricket Club, died peacefully on 13th July 2019. Ray’s association with Effingham goes back a number of decades. He joined Effingham Cricket Club in 1991, and was chairman between 1994 to 2000. He continued playing until 2008 before finally hanging up his bat. he was elected as President of the club in 2015. Ray was a popular, public spirited man who was involved in many other local activities and organisations and will be sadly missed.