Yesterday on 30th May EFFRA finally burnt the last of the tree waste dumped during the travellers’ incursion in late August last year in a large bonfire on the KGV. Rugby Club volunteers had recently collected the remaining piles of tree waste to a spot on the eastern boundary of the KGV but as the nearby playing field has been in almost constant use by the Howard of Effingham School and the Rugby Club it was decided to wait until the school’s Half Term to burn it. Residents will have heard that there have been recent traveller incursions on Ranmore Common, Wisley Airfield and at Cobham and this illustrates the time it can take to clear up after them. 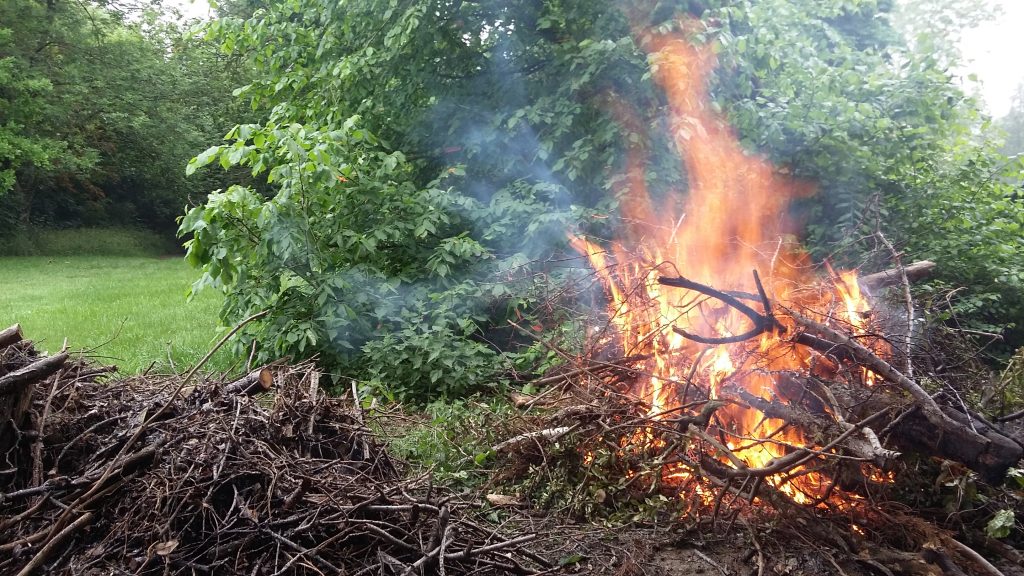 The EVRT Trustees have recently had large logs placed near the southern gate to deter a future incursion. The gate is kept locked unless the Scout hut is in use and residents should contact the KGV Manager on 01372 451925 if they notice anything amiss.