We are sad to report that ex-Effingham resident, Tony Page died on Thursday 8th October at the age of 95.

Tony lived in Effingham for over 50 years. During that time he made a great contribution to the village and the area. He was Chairman of Effingham Parish Council from 1968 to 1970 and 1971 to 1980. He was a Guildford Rural District Councillor from 1966 to 68 and then a Guildford Borough Councillor from 1983 to 1995. He served as Mayor of Guildford from 1992 to 1993 and during that year opened the newly built Spectrum Leisure Centre. He represented the Council as a Governor of Trinity Hospital and also on the Yvonne Arnaud Theatre Trust for a number of years. On 1 October 2003, Guildford Borough Council awarded him the title of Honorary Alderman.

Tony is remembered with great affection and gratitude by the village. The Residents Association has sent its sympathy to his wife, Jessica and family. 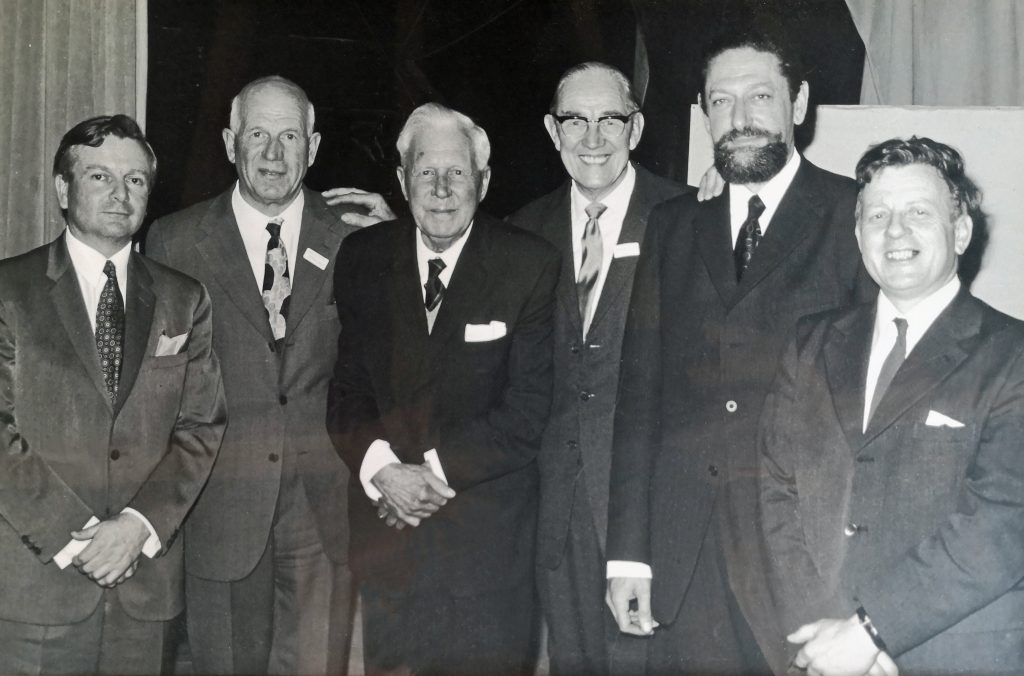 Tony Page is on the far left