Remembrance Services took place in Effingham on Sunday 13 November, as they did around the country, to honour those who died in conflict and to remember those who suffered in war. Many residents gathered around the War Memorial at St Lawrence Church for the laying of wreaths and two minutes’ silence. 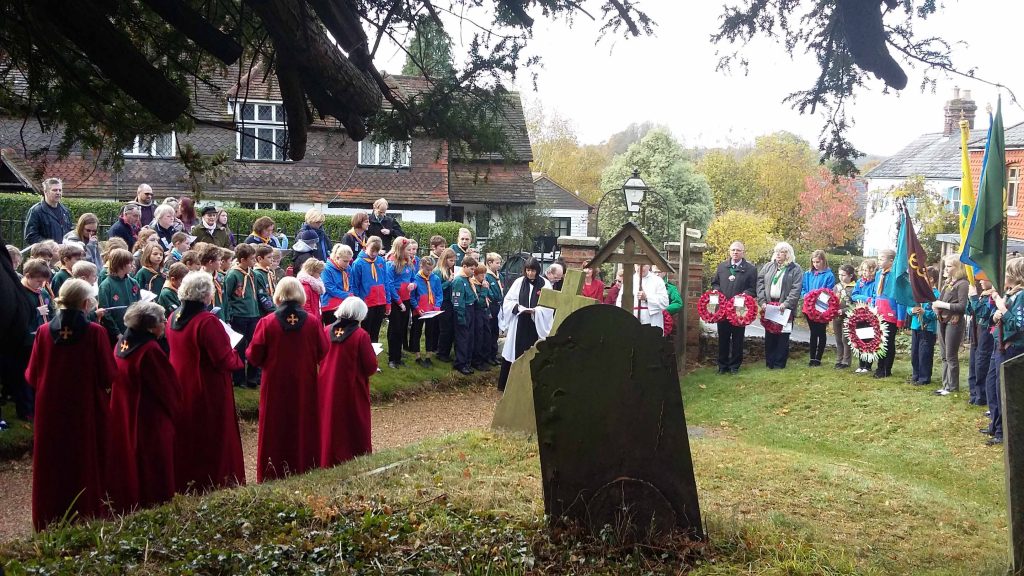 A service was then held inside the packed church where our new rector, the Reverend Mandy MacVean, talked about those who received medals for bravery including animals and about the ordinary people who served in the two World Wars. 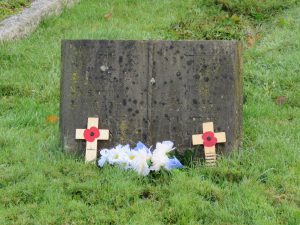 Flowers and a memorial cross from the family of Kate Barnes at her grave at the Catholic Church of Our Lady of Sorrows, Effingham. The gravestone also remembers her husband, Ernest, who was killed in World War 1

The story of Walter Stevens, a local man who was born in Little Bookham in 1878 and died in 1916 following a gas attack, was particularly poignant. 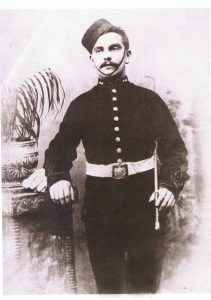 On Saturday 3rd December the Effingham Local History Group will be holding an exhibition on People of Effingham in World War I at the KGV.