On Saturday 2 September 2017, the travellers who had been camping on the King George V Playing fields have now all departed. They had intended on departing yesterday (Friday), but suffered a puncture so had to return for the night. 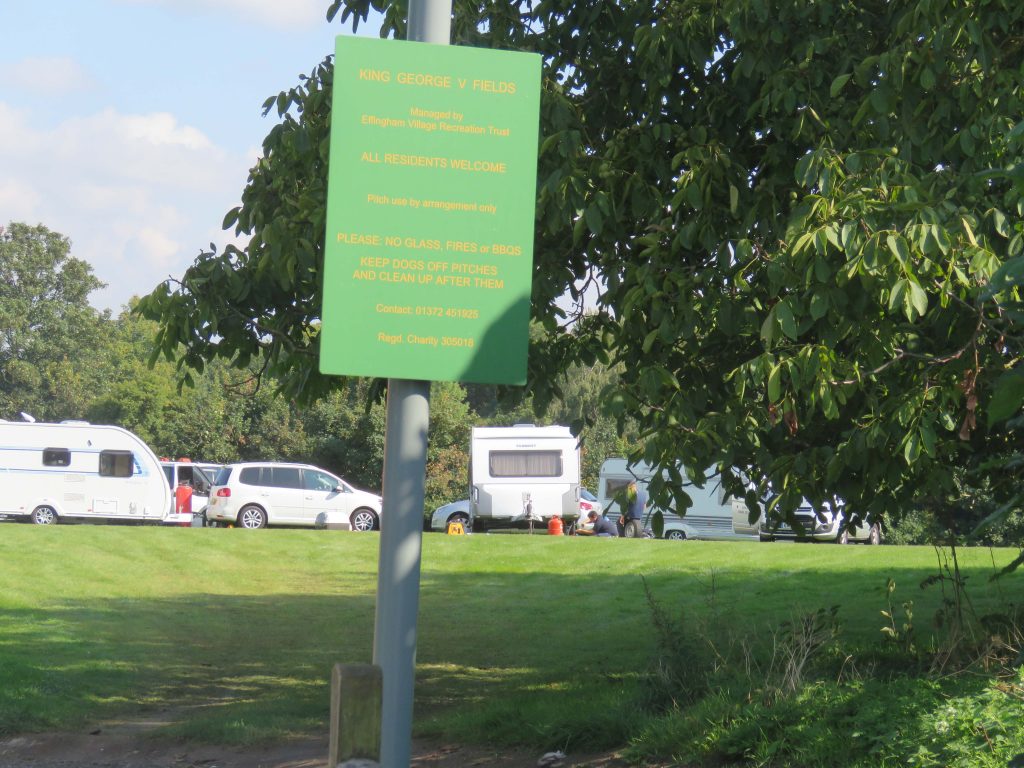 The site has been secured to prevent further incursions. The Trustees are looking to implement a more secure solution in the near future.

Unfortunately the Travellers left behind a large amount of rubbish 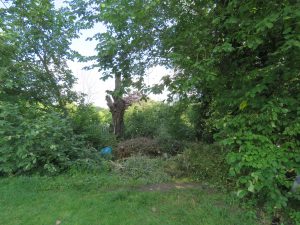 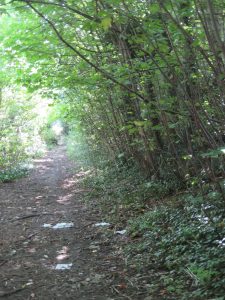 Some EVRT Trustees and residents were quickly on the site starting the unpleasant job of clearing up the rubbish, collecting altogether about fifty large refuse bags of mixed rubbish, including some excrement, two refrigerators, two picnic tables and a full-size metal bath. 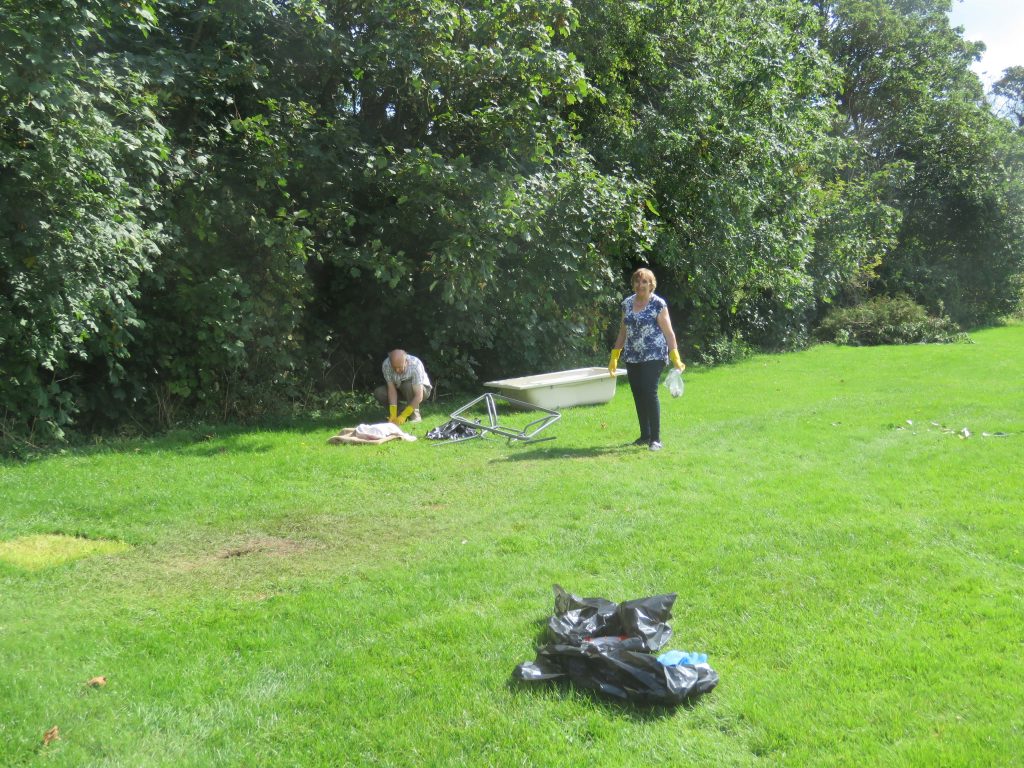 It will take a few days before all the rubbish can be removed from the site. The EVRT Trustees have issued a statement on their website here