Today, volunteers helped burn up the garden rubbish that was left behind after the recent Traveller incursion. The unauthorised incursion occurred on 6 September onto the KGV Playing Fields, with the Travellers departing on 15 September, leaving behind a load of rubbish. Guildford Borough Council had removed the general rubbish, but the large pile of garden rubbish was left to the EVRT Trustees to deal with. The KGV Facilities manager organised the volunteers to help burn up the rubbish. 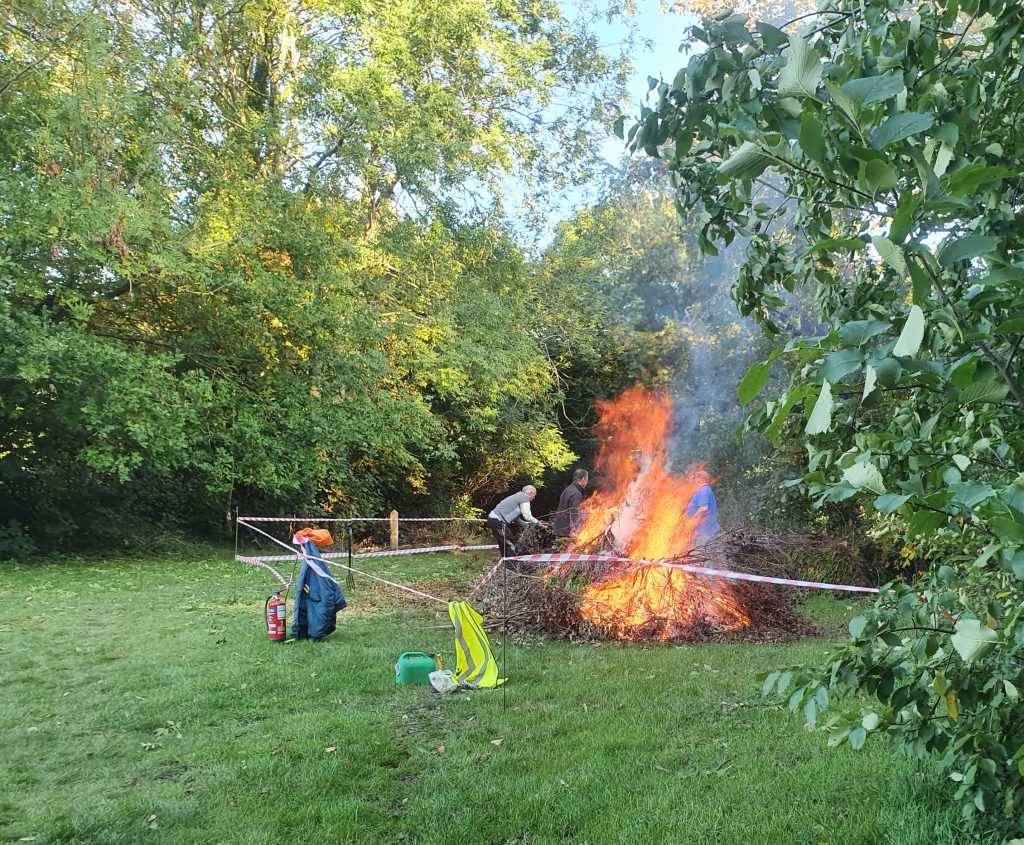 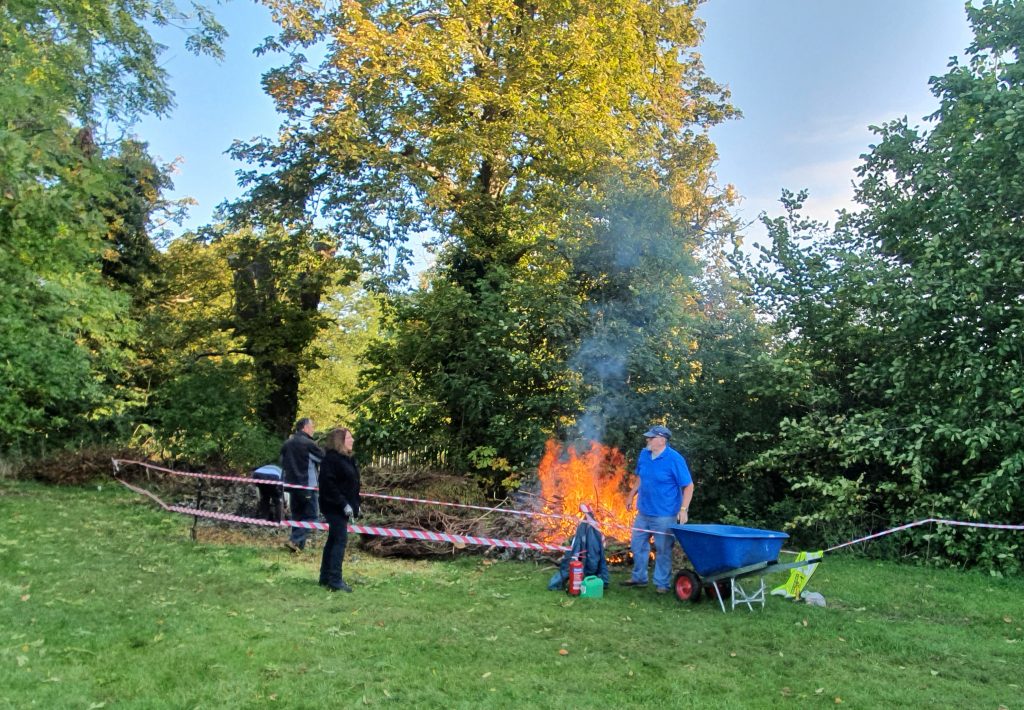