A World War 2 Dakota did a flypast over the village’s Church Fete on Saturday 2 June at 10 past 3 over the grave of Sir Barnes Wallis to mark the 75th anniversary of the Dambusters’ Raid. 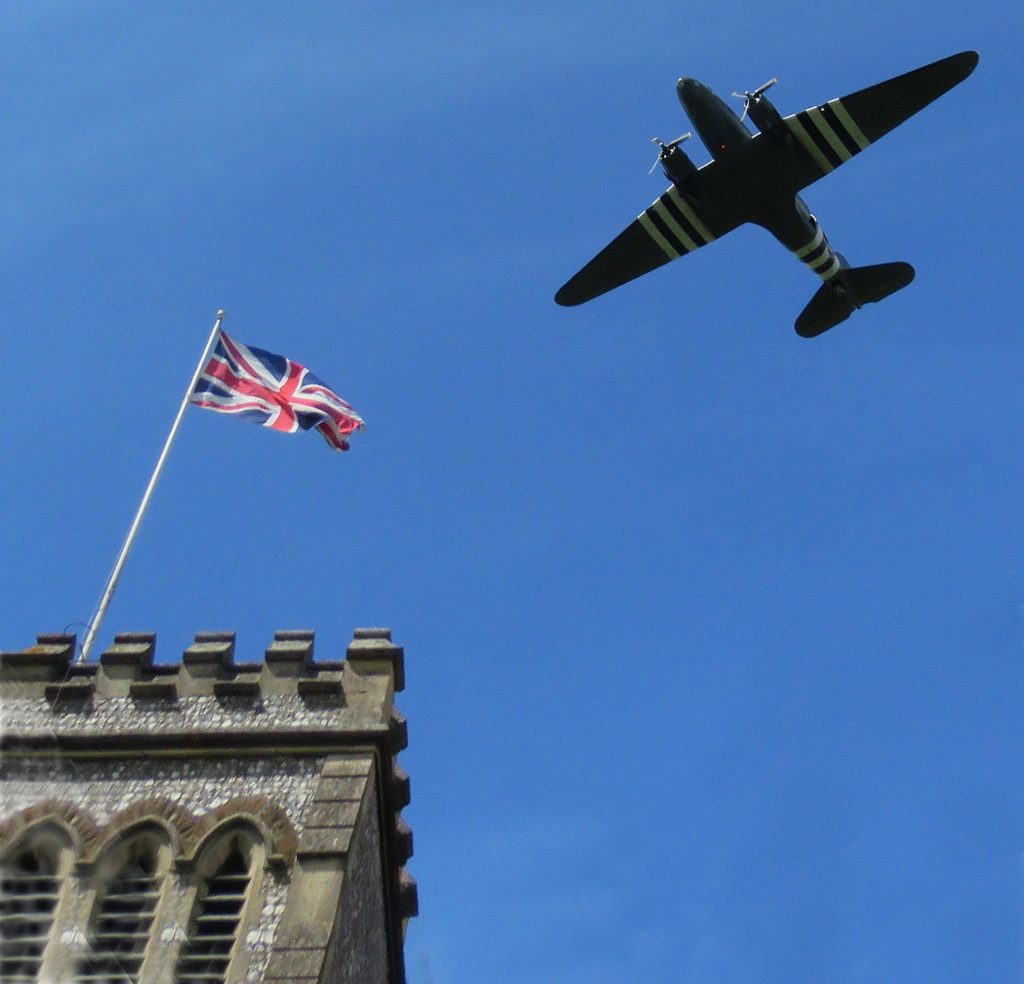 The fete, which raised money for the lighting appeal for St Lawrence Church was a huge success as villagers enjoyed the many stalls set out in Browns Lane (which was closed to traffic) in the bright sunshine. It was opened by Elisabeth Gaunt, daughter of Sir Barnes Wallis who came with her daughter and enjoyed meeting old Effingham friends.

Cream teas and cakes were served in the Jubilee Gardens, with a barbecue in Church Street together with a bar run by EFFRA.

The previous evening St Lawrence Church had been packed with some visitors having to stand to hear a talk by Robert Owen, the official historian of 617 squadron, on the Dambusters’ Raid. Donations from those attending raised a considerable sum towards the Church’s lighting appeal.