For the first time, five historic properties in Effingham and Little Bookham linked up to encourage people to visit them on Saturday 10th September for Heritage Open Weekend this year. This initiative was organised by EFFRA with some funding from the Parish Council’s Community Fund. The day was a great success despite the poor weather, with many local residents visiting the venues and other visitors from places including Kingston, Billingshurst and Weybridge.

A new edition of the Heritage Trail published by EFFRA was available, which encourages people to walk around the Conservation Area by giving information on the historic properties in it. A new leaflet showing the Bishop’s Walk which joins the two sister churches of St Lawrence in Effingham and All Saints in Little Bookham was also available. Despite the rainy weather on the day some hardy individuals did the walk. Many others visited the different venues.

St Lawrence, which had new displays on the history of the church and some of the interesting former residents who are buried in the graveyard, had a record number of attendances. Visitors found the story of the Reverend John Miller, Effingham’s vicar in the eighteenth century, who had spent time in the new colony of New York and been involved in stopping the Salem witch trials, of particular interest. His Bible is on in display in the church and other documents written by him were borrowed from the Surrey History Centre for the day. Children from two classes at St Lawrence School also had their pictures of the church on display. One class had painted their interpretations of John Hassell’s early nineteenth century paintings of the church, whilst the other class had drawn impressive sketches of parts of the church with a World War 1 connection. Children particularly enjoyed the dinosaur and geology exhibition at the Methodist Chapel

The venues in Little Bookham were particularly well attended. The beautiful Tithe Barn had about 300 visitors who appreciated the displays on the history of the Barn and Little Bookham and also enjoyed the home made cakes and refreshments on offer. Manor House School (the former Little Bookham manor house) also attracted many visitors as did All Saints Church.

Sizeable sums for the upkeep of the fabric of both churches were raised from donations. It is hoped to do the same thing next year and if we are lucky enough to have a sunny day we hope to attract even more visitors. 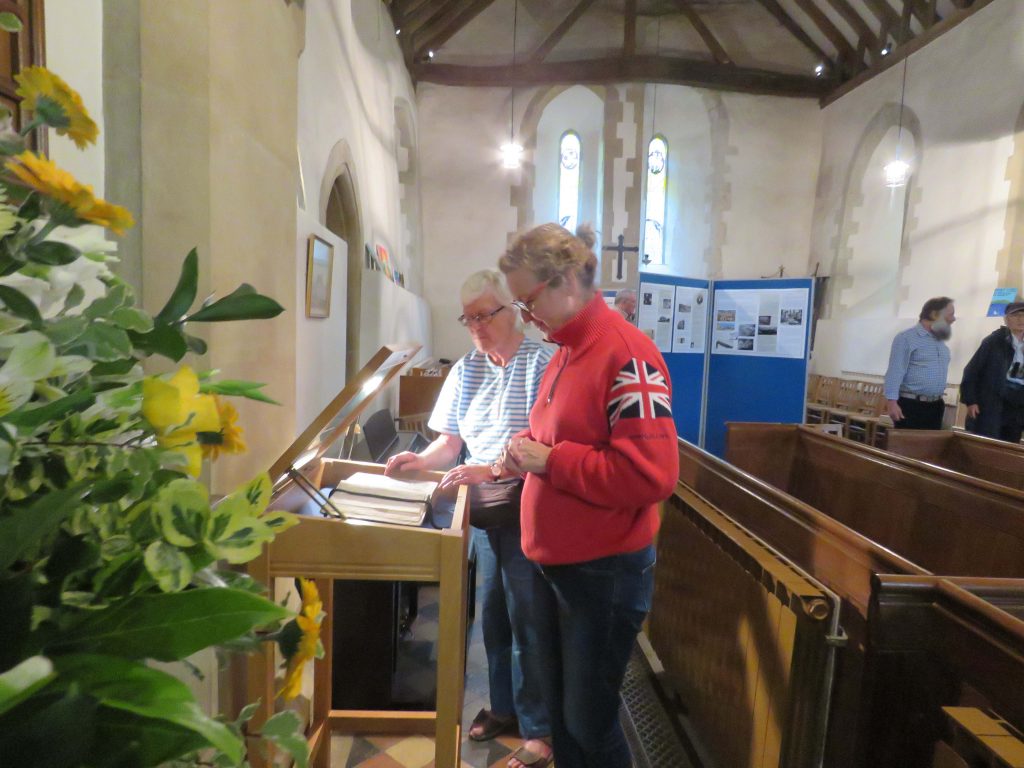 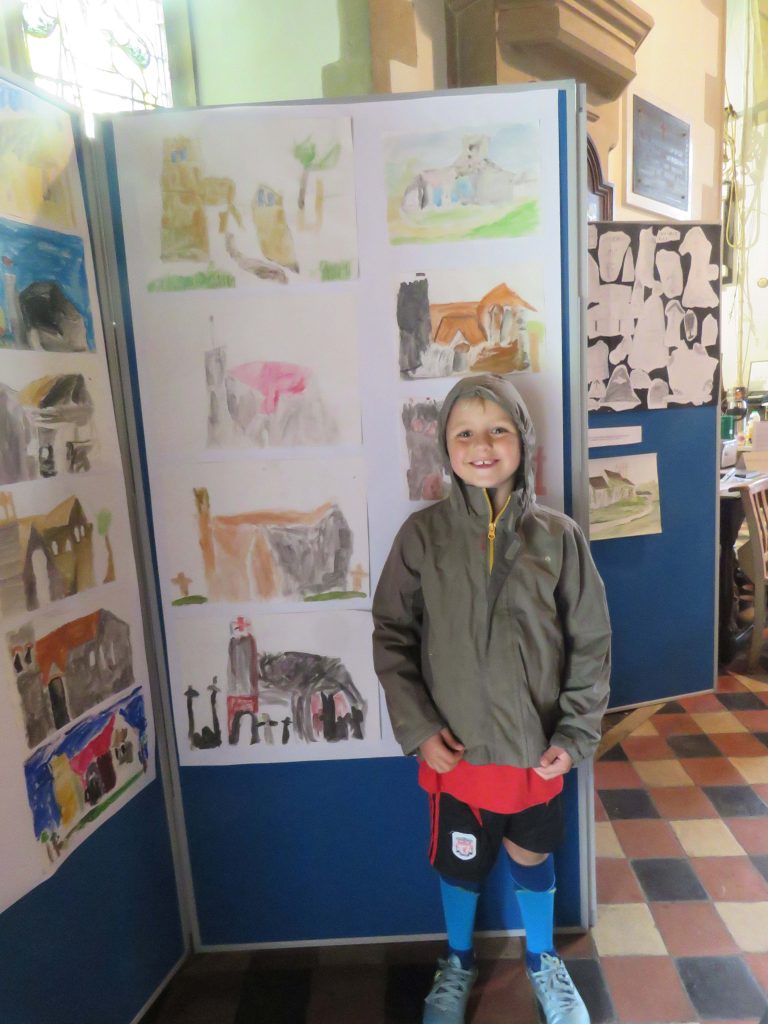 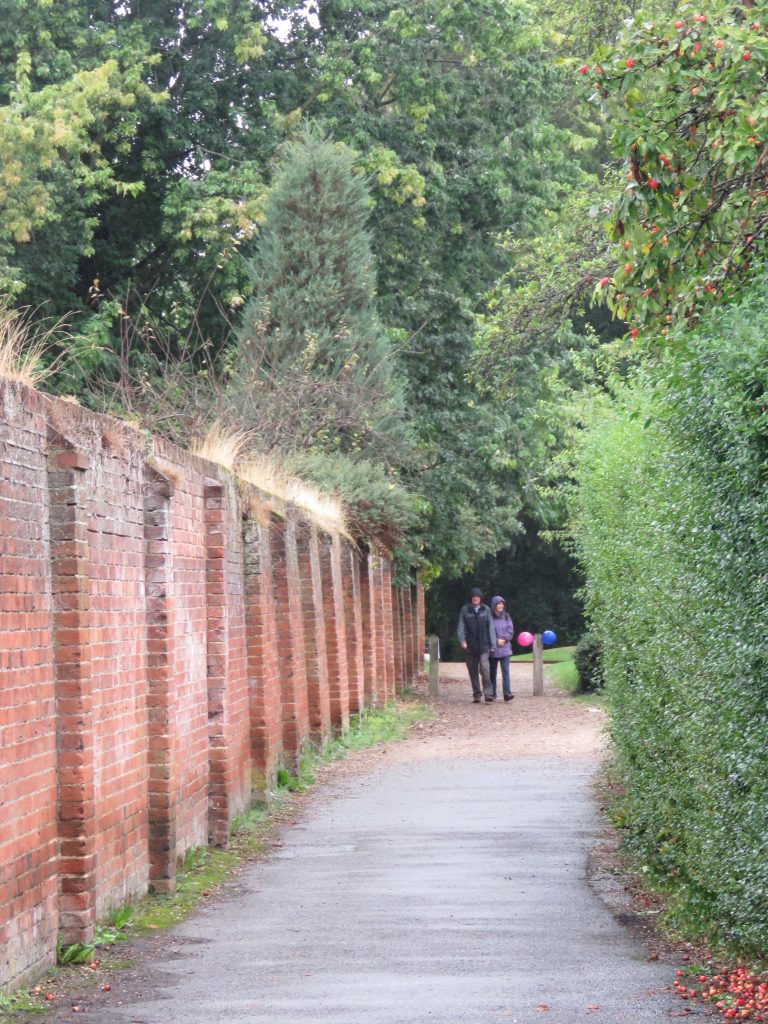 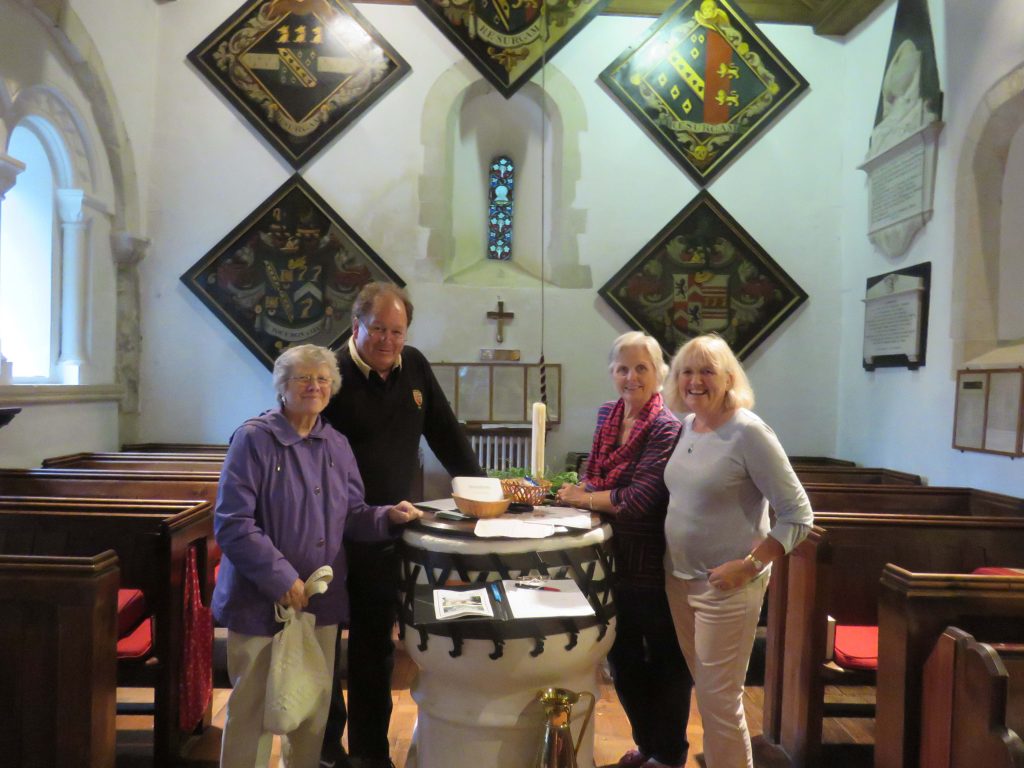 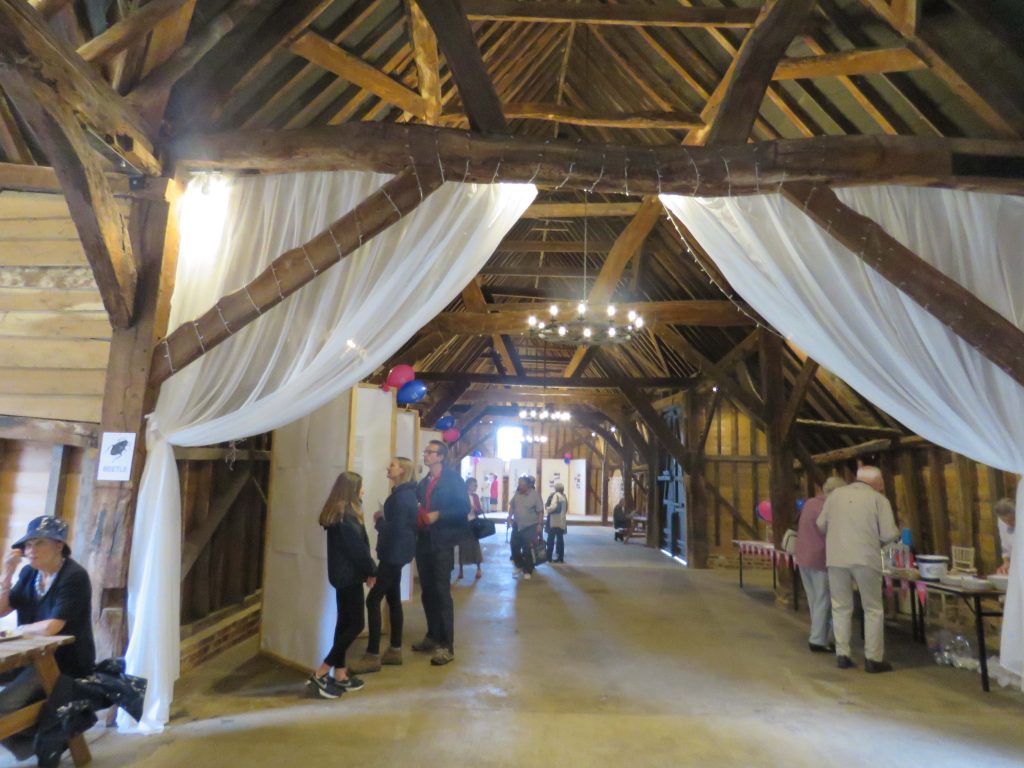 Visitors viewing the displays in the Tithe Barn, Little Bookham