On Saturday 14 September, the 3G pitch in the KGV Playing Fields was formally opened. The 3G is an artificial grass surface, which is used as an all-weather surface for sport events. The 3G pitch replaces the old tarmac hard courts on the King George V Playing Fields (KGV). The initiative was spearheaded by Bookham Colts Football Club which has been fund raising for the surface for over two years. 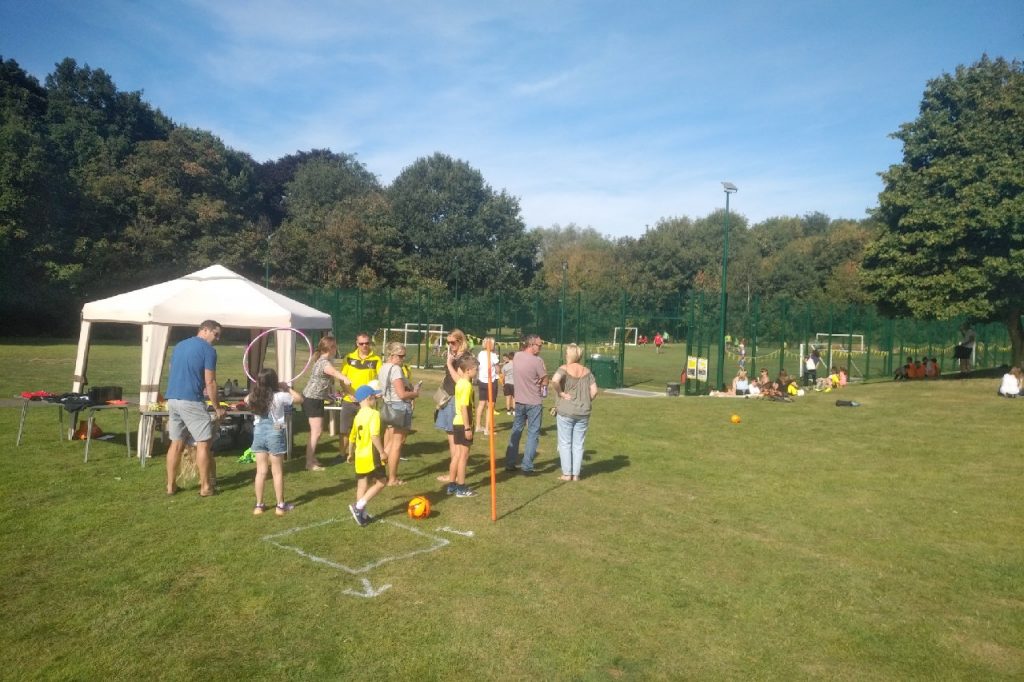 Picture shows the Bookham Colts playing in glorious sunshine with parents supporting and merchandise being sold.

EFFRA thinks this will be a great facility for local residents as it is also intended to be used for other sports including netball, mini rugby and walking football and netball. It can be used by all age groups and organisations including schools, sports clubs and recreational groups.

The new 3G pitch can be hired by groups and individuals by contacting the KGV Manager at managerkgv@evrt.org.uk .